I am not gay or S&M-addicted. I know, maybe 80% of Mapplethorpe’s work have homo-sexual content. So I would have no reason to write a book review related to him. Nevertheless I try to do so, because I think, he is a great photographer like Ansel Adams. A black and white photography minimalist. A classicist. So I will focus on the great portraits he shot, because I am interested on the style of his compositions. With Lisa Lyon  (notice the photo below)  he worked very often. Then we have as female models: Grace Jones, Doris Saatchi, Gisele Freund, Patti Smith, Yoko Ono, Francesca Thyssen, Marianne Faithfull and many more. Male celebrities: David Hockney, Robert Rauschenberg, Lord Snowdown, Arnold Schwarzenegger, Keith Haring, William Burroughs (on the book titel). For sure, I am not very amused by many of the porn topics. Too much reality for me. But maybe it is easier to accept the symbolism? Of course there is something subtle behind the still life compositions: Coconuts, a watermelon with knife, a fish, a gun blast, even the warship “Coral Sea”. Like a Cartier-Bresson or a Walker Evans: Robert Mapplethorpe (1946 – 1989) is an important icon in the history of modern photography, even if you ignore 80% of his porn stuff.
+ 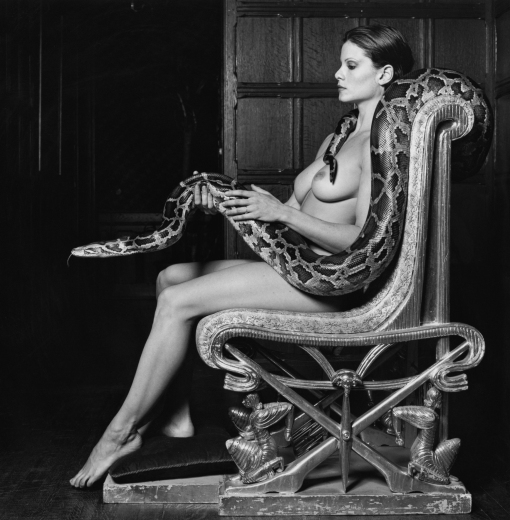 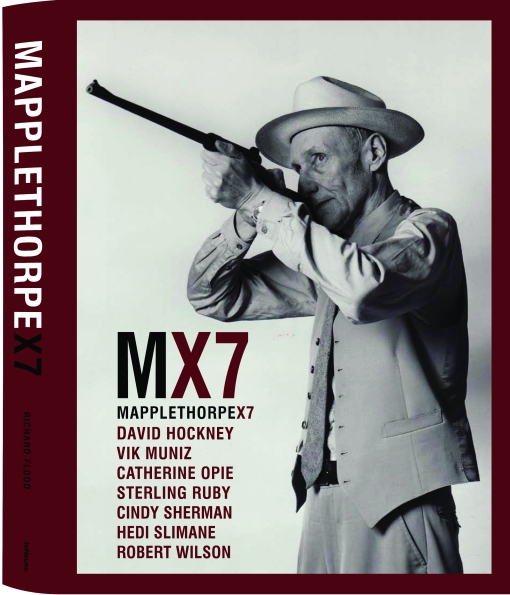