1929 Gus Cannon sang “I’m going to Germany” – I was amused to find this title because actually many refugees from Africa, Arabia and East Europe arrive in Germany. 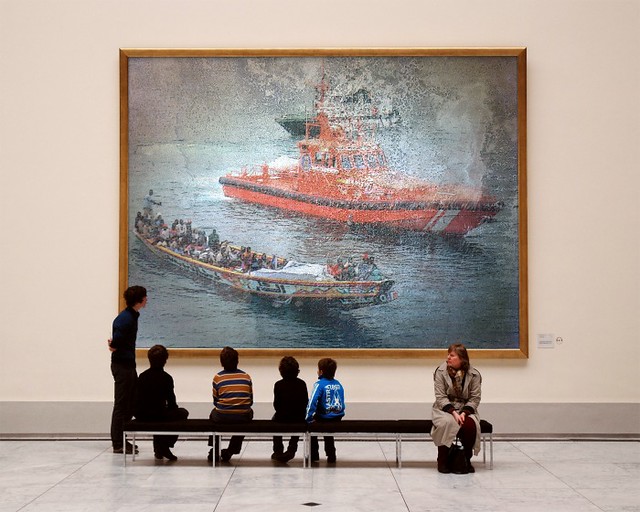 My daily guitar lesson: after each verse I used my old time metal Dobro guitar tuned to open G – read the discussion about the meaning of this title at http://mudcat.org/thread.cfm?threadid=14622
interesting discussion there, for example:
1
one source says the song “High Germany” (which was printed on a broadside circa 1780) refers to the Seven Years’ War (1756-1763). The Seven Years’ War was fought between a coalition of Austria, France, Russia, Sweden and Saxony and Prussia (led by Frederick the Great). If your tune has similar dates that may be the Germany meant.
2
I always assumed that the song was “I’m goin’ to German'” and the “y” was simply dropped, just like the “g” in going.
3
Gus Cannon’s song is definitely titled “Going to Germany”. I always assumed the “y” had just been dropped. I also assumed the song was originally written during World War I and they just continued singing it in the 20’s.
4
German is a town near Memphis that probably has/had a prison. The prison connection makes sense if you listen to the words. A quick check on Mapquest shows a place called Germantown close to Memphis.
5
guys!! it simply means .. that the woman is going to face menopause! it’s their way of saying it out.

8 responses to “Going To Germany”